Today I am sharing a Guardian article that has at this time achieved almost a quarter of a million shares, indicating that it has hit a nerve somewhere in the popular conciousness.  It is the second article in two days that I have come across which uses terms like ‘horror story’ or ‘horror show’  to describe the events expected to unfold over the next eight months or so, and beyond.

This story was delivered as a speech recently at the Festival of Dangerous Ideas in Sydney: David Simon: ‘There are now two Americas. My country is a horror show’ 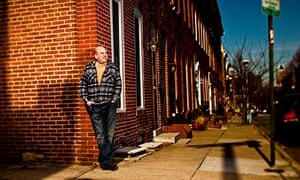 Now, I don’t agree with everything that David Simon said there but the general thrust of the piece is valid.  What didn’t I agree with?  Well, Ok, his insistence that we need a form of capitalism married with a social contract in order to forge our way ahead.  That concept presupposes that we will always have, or indeed need, an economic system at all, or that we will in future maintain social structures which are large enough to require such complex arrangements.  In my view of the future of man, that is not necessarily a given.

One point that he made, which I am entirely in agreement with, is that 1980 was a turning point in our economic history, not only for the points raised in this article but also because that was the time that I started investigating removing myself from what I could see as a crumbling system to some remote but still comfortably furnished, friendly, relatively safe (by its remoteness) and flourishing  part of the world.  Within a short time I found myself in Australia, which matched all of those criteria.  The situation has changed of course over the intervening years and Australia now has become just as much a seething economic melting pot or witches cauldron of political and financial corruption as the rest of the Western world, with a population just as screwed as elsewhere.  Though there is still a vestige of innocence, naivety and charm about my chosen country, which separates or distinguishes it from the crowd.  There is also a level of incredible national stupidity that emerges from time to time, but of course we are not alone in that.

Before I get euphorically carried too far away from the subject that I raised here, what’s all this to do with bricks?

Bricks.  Or rocks.  Or hunks of concrete.  Or whatever is the main ready-to-hand detritus of a crumbling society.  Those metaphoric weapons of choice taken up by a populace downtrodden, ignored and pushed a step too far by a reigning polity, and thrown through the metaphoric plate glass window or at the front line servants of the offending polity.

We have already seen that, time and time again, and not so metaphorically.  Mainly in those regions of the world stirred up and ruined by our own modern weapons of destruction.  Where people with no hope and filled with desperation start to hit back at their oppressors.

But we have also seen the beginnings of such situations within the borders of our own nations.  I fully expect that we will see more to come in the months ahead.  We are mainly at the stage where we rely on mass petitions, grass-roots movements and personal lobbying to achieve our social aims.  There will come a time, and soon, when such diplomacy is seen as ineffective.  Our petitions ignored.  Our people movements subdued.  Our lobbyists incarcerated as troublemakers or bought off to turn against us.

Then is when the boil-over occurs and the not so metaphoric brick comes into play.  Watch for that to come about in the second half of this year.  There are high stakes in that period.  Much depends on the outcome.  People are generally beginning to realise this.  All trust in the system and the so-called democratic process has been shattered and destroyed.  We live in a period where the social tinder is dry and there are political sparks flying everywhere.

Expect unrest.  Plan for confusion and danger.  Be ready for suppression.  Nothing will be normal.  The age of the brick is unfolding.

2 thoughts on “There’s Always The Brick”